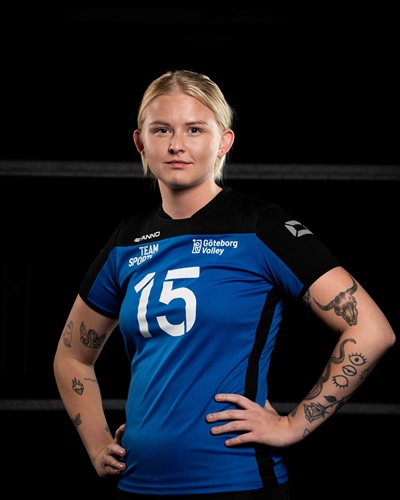 At the age of 9 years old, Sofia started to play volleyball in Falkenberg.

First time Sofia played in Elitserien was already during 2017 together with Engelholm. And she also had two seasons with Linköping, before she decided to move south, down to Gothenburg.

Sofia joined Göteborg last season where she played both spiker, opposite and libero!

She is one of our coaches, developing our Women´s Junior program, Dam U and we´re very thankful to have her as a coach. Like that wasn´t  enough, she's also one of our board members working hard to take the club to the next level!

When she’s not playing, or coaching or working on other things for the club, she studies Sport Science at Göteborgs Universitet.

We´re very happy to have Sofia in our club and team also this season!