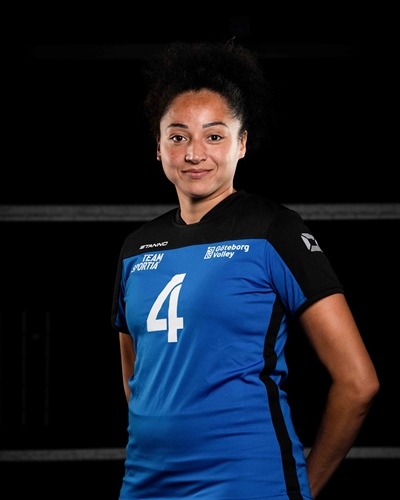 
Up next we have our Brazilian turned Swede, Ana Gabriela Guerra! 🤩

Ana started playing volleyball in 2004, with her home club in Brazil 🇧🇷, Sāo José do Rio Preto. She did stints in Finasa Osasco and Santa Catarina as well.

She moved to Sweden in 2017 to be with her Swedish partner, who she met at the University of Texas at Brownsville 🇺🇸, where they were both collegiate athletes. She joined our club shortly after her arrival, and has done it all, making an appearance at every position!

We are thrilled for her to bring her positive energy, strong block, and quick attacking to our opposite position this season!