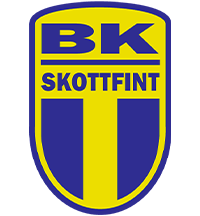 Game on and result will come

After not so good performance last week it was obvious the team require some changes. So we switched to starting formation of 4-2-3-1 which was really risky move as we didn't train it and switching from three centerbacks to two is hard. And the main goal for the match was to find our game and what works for the team.

The game started with position play where both team were really good in holding the ball in the middle. Team did a good job with playing triangles and showing himself for the passes which led to really good chances: Cutting runs from Vittorio and couple of shots, smashing strike by Mike and lucky defender take it almost from the line, shots and runs from Kevin. The team was a little bit unlucky in the first half, it could have been easily few goals but it just means we need to practice more with finishing and keeping cold head in such moments.

Second half was still good but it exposed our weaknesses: Free kicks and fitness condition. Again we lost goals on free kicks so I suppose the team should really focus much harder defending those and perhaps finding some balance how should we do it.

For the build up play we changed the positions a little putting Brandt more to attack and he created few good chances and was a little bit unlucky of not scoring. At the last part of the game "Patrick" took a striker role and got good chances but it was not the day of BK Skottfint. First keeper saved and then defender got the shot from the line after unlucky Mike again (going to church can help perhaps?).

Overall the result is really bad but taking into account that team is basically starting from scratch it was a good game were we had more chances than the opposing team so looking forward for next games. Few downsides is we got a lot of yellow cards at the end of the game, lacking speed and conditioning were compensated by small fouls. Let’s stay positive and pick the good stuff from this game and build on it our future success.